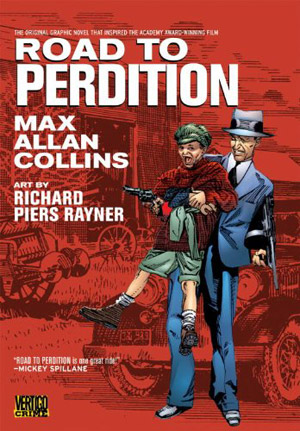 A new edition of the enthralling crime noir about revenge, morality and family loyalty that inspired the Academy Award-winning film!

Michael O'Sullivan is a deeply religious family man who works as the chief enforcer for an Irish mob family. But after O'Sullivan's eldest son witnesses one of his father's hits, the godfather orders the death of his entire family. Barely surviving an encounter that takes his wife and youngest son, O'Sullivan and his only remaining child embark on a dark and violent mission of retribution against his former boss. Featuring accurate portrayals of Al Capone, Frank Nitti, and Eliot Ness, this book offers a poignant look at the relationship between a morally conflicted father and his adolescent son who both fears and worships him. 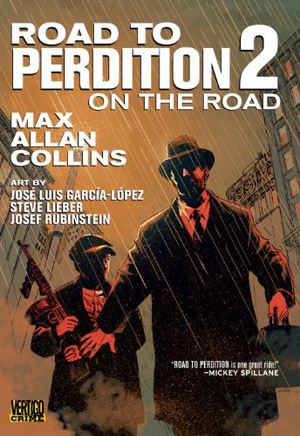 A collection of three stories by Max Allan Collins set between the pages of the original ROAD TO PERDITION, illustrated by José Luis García-López, Steve Lieber and Josef Rubinstein!

These thrilling tales are set during the 6-month period in which Michael O'Sullivan and his son were on the run. In OASIS, Michael Jr. contracts a life-threatening illness, forcing him to hide out in an oasis of tranquility. The story continues in SANCTUARY, as the O'Sullivans seek a hiding place from the vicious bounty hunters on their trail. And in DETOUR, Michael O'Sullivan is headed for a showdown with the murderous kingpin's heir whose history—and destiny—is completely entangled with his own! 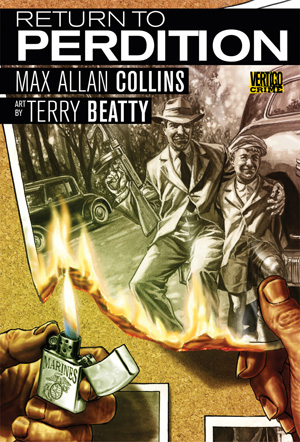 A new chapter in the acclaimed graphic novel series that inspired the Academy Award-winning movie!

The setting is America in the early 1970s, and our third generation hero, Michael Satariano, Jr. is a Vietnam vet recently returned to the States. He doesn't know that his father's real name was Michael O'Sullivan, and is unaware of the conflict between his dad, his grandfather and John Looney – the criminal godfather of Rock Island, Illinois. But when he's recruited by the mob as a hitman, he's going to learn the hard way that you can never outrun (or outgun) your past.